Blocked Fallopian tubes, also known as tubal damage, is one of the common causes of infertility. The uterus is attached to the ovary by channels extending from both sides, called fallopian tubes. One out of three case of female infertility is due to obstruction in these tubes.

The lumen of the tube, i.e. its inner part, may be clogged; the outer part may be adhering to the surrounding tissues; or the ciliated cells lining the inside may not function properly. In such cases, the egg may not be able to enter the tube. Even if it does, the sperm may not be able to reach and fertilise the egg because of the issues in tube movements. In some cases, even if fertilisation occurs, the embryo may not reach the uterus; leading to an ectopic pregnancy.

What are the causes of blocked Fallopian tubes?

• The most common cause of blocked fallopian tubes is untreated or insufficiently treated infections. Generally, the source of infection may be previous pelvic infections, sexually transmitted infections, use of an intrauterine contraceptive device, infections due to miscarriages or postnatal infections.
• Past pelvic or intraabdominal surgeries, and especially a perforated appendicitis can cause adhesions in the tubes.
• Previous ectopic pregnancies increase the risk of blocked tubes
• Endometrioma (chocolate cyst) cases may also lead to obstruction in the tubes.

What are the symptoms of blocked Fallopian tubes?

Most women are not aware that their tubes are blocked until they are examined for infertility. Some of them express complaints about menstrual pain or groin pain. As endometrioma (chocolate cyst) and any previous infections are the main causes of blocked tubes, their symptoms may be considered as symptoms of blocked Fallopian tubes.

How are blocked Fallopian tubes diagnosed?

The most common diagnosis method is uterine x-ray, i.e. HSG (hysterosalpingography). HSG is an x-ray that displays the uterus and the tubes. In a normal X-ray, the uterus and tubes cannot be seen; therefore, a special fluid is administered from the cervix to make them visible in the X-ray. Thus, information about the structure and permeability between the tubes and the uterine walls is made available. Pathologies related to the inner wall of the uterus and the problems related to the tubes can be revealed through HSG. The HSG process lasts approximately 15-20 minutes and will usually hurt like menstrual pain does. Anaesthesia can also be used to prevent any pain.

During the HSG test, the patient is placed on a table and a speculum is inserted. The uterus is cleaned, and a thin catheter is inserted to administer a special fluid called radiopaque material. Following the flow of this fluid into the uterus and to the tubes, the pathologies of the uterine walls and tubes are recorded on the X-ray. To reduce the likelihood of infection due to HSG, antibiotics should be given before the test. Sometimes, the connection point of the tube and the uterus might look blocked due to pain-related spasms. For this reason, painkillers should be given before the test. HSG does not give clear information about the adhesion of the outer part of the tube to the surrounding tissues.

Laparoscopy can also be performed to determine whether the tubes are actually blocked. Laparoscopy may reveal that apparent obstructions were due to the pain, and that the tubes are unobstructed. With laparoscopy, the possibility of fluid passing through the tubes, the adhesions of the tubes to the surrounding tissues as well as to the abdomen can be diagnosed by visualising a disorder called endometrioma.

Diagnostic laparoscopy is an operation performed under general anaesthesia, which does not require hospitalization, and which lasts approximately half an hour. During the laparoscopy procedure, an optical device and special instruments are placed through one or two small incisions on the abdomen. The abdomen is inflated with 3 to 4 litres of carbon dioxide to have a better view of the inside of the abdomen and to avoid possible vascular and intestinal injuries. Laparoscopy displays the inner surface of the abdomen and allows the pathologies related to the outer surfaces of the ovaries, uterus, and tubes to be easily understood. If adhesions are present on the outer surfaces of the abdomen and tubes, it is possible to remove these. During laparoscopy, a fluid administered through the cervix (usually methylene blue) into the tubes is monitored, revealing any blockages inside the tubes.

When the laparoscopy procedure is over, the gas in the abdomen is removed because the gas may cause post-operative discomfort to the patient in the form of swelling and shoulder pain. This discomfort usually disappears within 24-48 hours.

Can you fall pregnant with blocked tubes?

In the treatment of infertility due to blocked tubes, microsurgery may not always yield successful results. IVF should be considered first especially in patients with severe tubal damage, patients with low ovarian reserve, or advanced-age patients. With IVF, the pathology in the tubes is bypassed. The only exception is the condition in which the x-ray reveals that the obstructed tube, called hydrosalpinx, is swollen and filled with fluid. In such cases, the laparoscopic removal of the tube is recommended before the IVF treatment. Alternatively, the connection of the tube to the uterus can be cut off during the laparoscopic surgery. Thus, IVF success and live birth rates increase.

Read it From Our Patients

They made their biggest dream come true with Bahçeci IVF Centre. Read from our patients their tales of happiness...

My Excitement and Happiness

We do not have a meaninfull reason for for infertility . We tried 3 IVF cycles in other clinics but all have been without …

We have been married for eight years.We spent the last three years trying to have a baby. Until July 2007, when we met Dr. …

Dear Dr. Müstecep Kavrut On behalf of our large family, let me express our enormous gratitude to you for the help and support …

Nikki and Paul Chippendale, parents of an amazing Boy, Milan, had been suffering from unexplained infertility for 10 years when they meet Bahçeci. …

Let’s make your parenting dream come true with Bahçeci, whose success rates in difficult cases are above the European average. 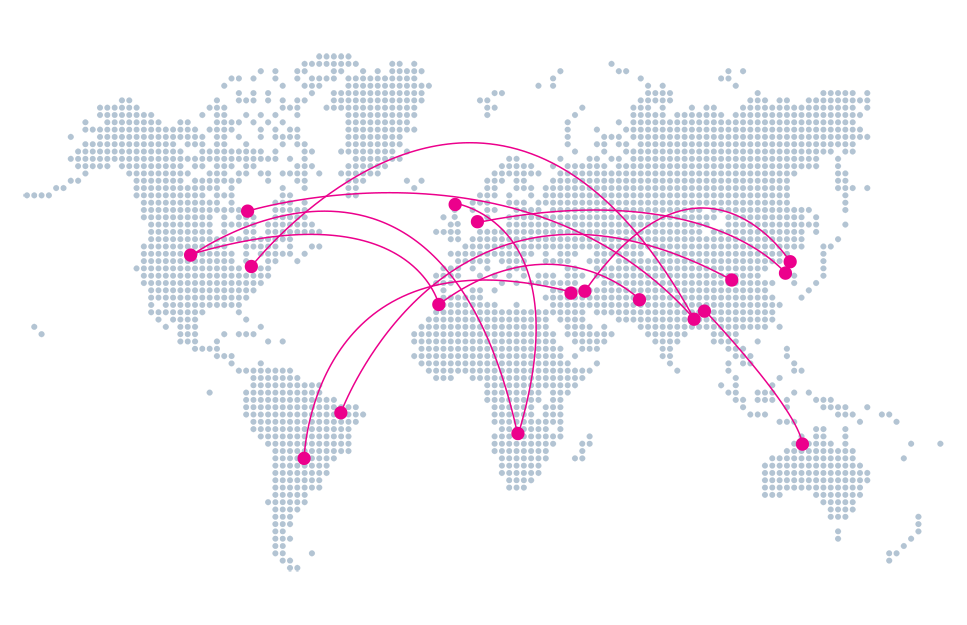 Leave your telephone number for a pre-consultation with our doctors, and we will call you.

WhatsApp
Let us call you